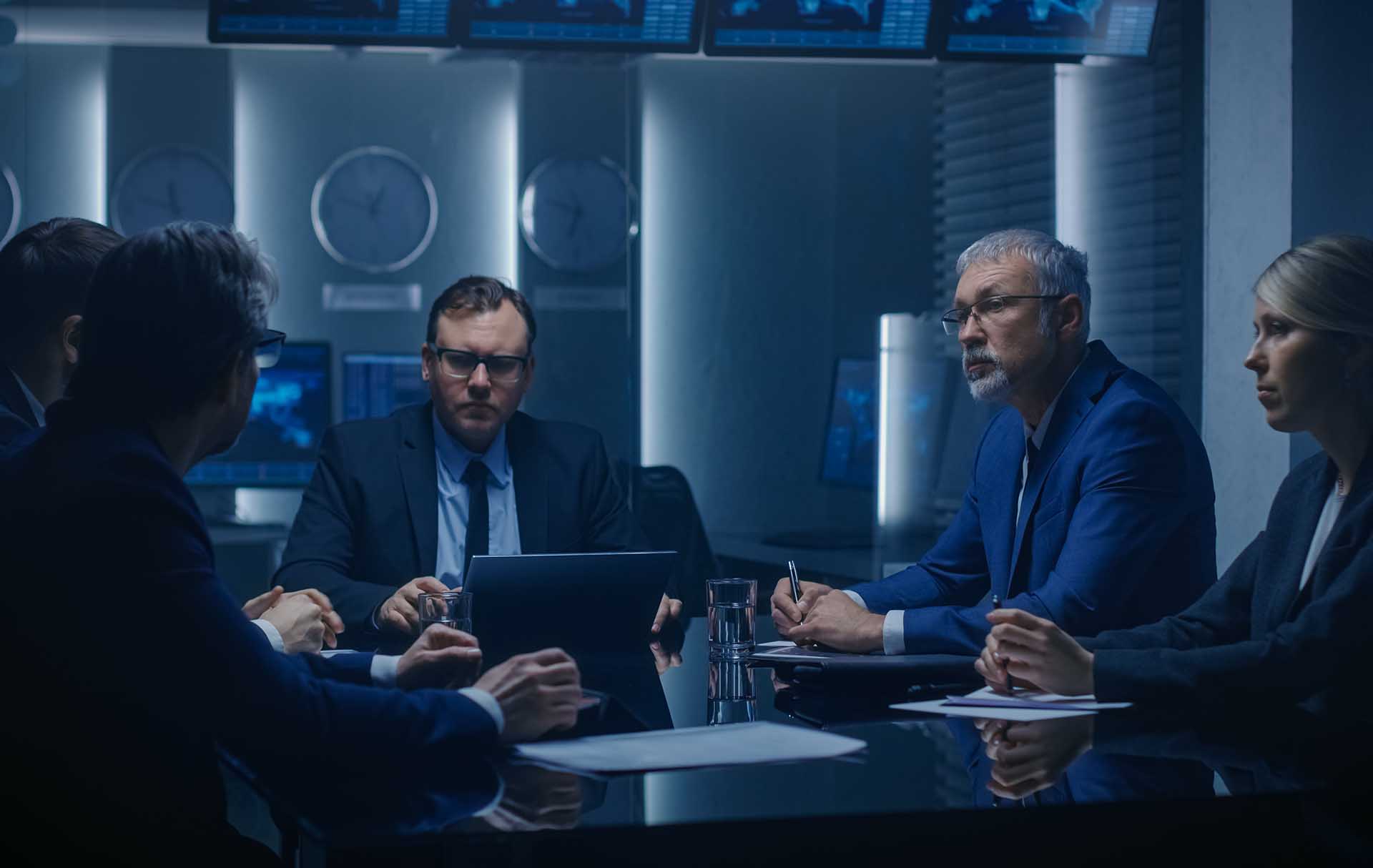 The board of directors of a Cyprus company is the administrative body responsible for the day-to-day management of the company.

According to section 170 of the Cyprus Companies Law, Cap. 113, it is mandatory for a private company limited by shares to have at least one director on the board of directors while public companies must have at least two directors. In the case of private companies with a single member, the sole director may also be the secretary of the company (section 171 (1) of the Cyprus Companies Law, Cap. 113).

The provisions of the Cyprus Companies Law, Cap. 113 do not explicitly fix the maximum number of directors to be appointed on the board of directors of a Cyprus company, however, this restriction is imposed in the articles of association of each Cyprus company.

Directors exercise extensive powers in the management of their companies, influencing their company’s conduct, by virtue of their involvement in the decision-making process. Under Cyprus law, the directors are considered to stand in a fiduciary relationship, with their company, and are subject to specific duties, stemming from their relationship.

B. WHO MAY BE APPOINTED AS A DIRECTOR?

Any natural person or legal entity qualifies to be appointed as director of a Cyprus company.

The Cyprus Companies Law, Cap. 113 does not make explicit provisions of any formal requirements for the appointment of a person or legal entity in the position of director.

Furthermore, the director of a Cyprus company need not be a shareholder of the company.

C. APPOINTMENT AND REMOVAL OF DIRECTORS

The first directors of a Cyprus company are appointed by the subscribers of the company and from there on, the procedure to be followed for the appointment and/or removal of subsequent directors is governed by the company’s articles of association.

Subject to the articles of association of the company, the appointment of a director will arise in instances such as to fill a casual vacancy, i.e. when a director has retired or when it is necessary to appoint an additional director.

A director owes a duty to the company to act bona fide, meaning in good faith in the best interests of the company. This duty is commonly called the “fiduciary duty” of directors. The core of this duty is that the directors must act to promote the success of the company, taking into consideration both the short-term and long-term interests of the shareholders. In order to adequately execute this duty, directors must be loyal. In other words, they must act in the way they consider, in good faith, would be most likely to promote the success of the company for the benefit of its members. This gives directors considerable leeway, but if they establish their honest belief to that effect, then necessarily there must be some evidence that they actually considered the matter.

It is of utmost importance that directors must while exercising their fiduciary duties act in accordance with the company’s constitution (such as the articles of association) and exercise their powers only for the purposes allowed by law. The payment of a dividend when there are insufficient profits to permit distribution is an illustration of a breach of this duty.

Directors cannot without the consent of their company, fetter their discretion in relation to the exercise of their powers, and cannot bind themselves, to vote in a particular way, at future board meetings. This is so even if there is no improper motive, or purpose and no personal advantage to the director.

1.2 Loyalty and conflicts of interests: Duty to avoid a conflict of interest is one of the directors’ fiduciary duties

Not only directors must not place themselves in a position of a conflict or possible conflict, but also in case they find themselves in such a position, they must regulate or abandon the conflict.

Apart from these, a Director in order to be is a good fiduciary, must act fairly as between the Members of the Company.

1.4 Duty to exercise skill and care

In addition to their fiduciary obligations, directors should be subject to duties of care and skill appropriate to the modern commercial world, bearing in mind the increased emphasis on higher standards of corporate governance. In general, the breach of the duty gives rise to liability for negligence; however, it is important to note that directors are rarely sued for negligence in the management of a company’s affairs.

Enforcement of the duty of care and skill takes place when the company goes into insolvent liquidation or administration where a liquidator or administrator may consider it worthwhile to pursue a director for wrongful action or decision. If in the course of a winding-up of a company, it seems that directors knew or ought to know that the company has no reasonable possibility of paying and nevertheless, they did nothing to cease the company from being credited, then they may become personally liable for that credit as per section 307(v) and 312 of the Companies Law. In this case, directors can avoid the liability if they show that they have taken “every step with a view to minimizing the potential loss to the companies’ creditors as they ought to have taken“.

1.5 Standard of care, skill, and diligence

All directors of the company are collectively responsible for the company’s affairs, but equally directors’ duties are ‘personal and inescapable’ duties, and so within that collective responsibility each director must meet the appropriate standard of care, skill, and diligence. The standard of care, skill, and diligence that is required is that of a reasonably diligent person who has taken on the office of director, set in the context of the functions undertaken, with that objective minimum standard capable of being raised in the light of the particular attributes of the director in question. For example, if a director is a professional person, such as a chartered accountant, is required to meet the standard expected from a reasonably diligent director carrying out the functions carried out by him in that company and having that personal attribute. This interpretation of the duty of care is set out in Re D’ Jan of London Limited [1993] B.C.C. 646. It is commonly known as the “objective” or “benchmark” test of what “the reasonable man” would expect of a director in particular circumstances. If a director has a specific skill or level of expertise, then he or she must exercise that skill in addition to the “benchmark” test.

As far as Companies Law is concerned, directors have various duties to the company, its shareholders, and the public. To start with, directors must be registered as per s.192. The number of shares or debentures which are held by them must also be stated in the register (s. 187). In case of transfer of shares in a company, directors must take all reasonable steps to secure those particulars with respect to the payment made to him as compensation for loss of office, including the amount thereof, are disclosed (s. 185). In addition to this, directors have the duty to disclose any direct or indirect interests, if any, which arise under a contract or a proposed contract with the company (s.191). Directors’ salaries, pensions, compensations, and/or loans offered to them by the company must be transparent and hence, included in any accounts of a company laid before it in general meeting (s. 188 and s. 189). Directors must make a statement in lieu of prospectus to be delivered to the registrar of companies upon company ceasing to be a private company (s. 31), make contracts following the formalities of s. 33 and sign documents that require authentication as per the provisions of s. 37. Regarding the publication of the prospectus, directors are obliged to draft the same according to the formalities of ss. 38 and 39. Moreover, directors must execute the transfer of shares taking into consideration pre-emptive rights and the procedural formalities stated in s.71 to s.82, such as the issuance of both the certificates of shares and the certificates of all debenture stock allotted or transferred within two months after the allotment.

Further to these duties, directors must keep books of account available for inspection (s.141) and make a complete set of financial statements in accordance with the International Accounting Standards (s.142). They must attach to the financial statements a report in relation to the status and the foreseeable development of the company affairs, as well (s. 151). Any alteration or initial drafting of books of account, papers, and securities must be made with due consideration since in winding up, any mistakes in these documents may give rise to personal liability under s. 308. Last but not least, in case of directors make a petition to the Court for winding up, they must comply with the procedures of s.213 and contribute the assets of the company in accordance with s.207.

It is worth mentioning that directors must keep books of account and financial statements open for inspection at least for a period of six years and in a place within the Republic of Cyprus. If a director does not comply with this duty, then he or she is liable for committing a criminal offense, the penalties of which range from a default fine to 2 years imprisonment. Moreover, he or she will have to compensate the company with an amount equal to the loss that occurred by his or her breach of duty.

E. TO WHO ARE THE DUTIES OWED?

F. REMEDIES FOR BREACH OF DUTIES

In the event of a violation of the above duties, the company – (or any minority shareholder by a derivative action) – may bring an action against the directors for inter alia:

In case you have any questions, please do not hesitate to contact us for further professional assistance.

Procedures for the receipt of reports of infringement of Regulation (EU) No. 596/2014 on market abuse

We would like to draw your attention to the Circular C488 (the “Circular”) issued by the Cyprus Securities and Exchange Commission (the “CySEC” of the...

Procedures for the receipt of reports of infringement of Regulation (EU) No. 596/2014 on market abuse

A. INTRODUCTION In accordance with the Regulation (EU) No 1095/2010 of the European Parliament and of the Council of 24 November 2010 establishing a...

It is with great pleasure to announce that Andria Papageorgiou Law Firm has been awarded as an Outstanding Law Firm, within the regions of Europe, Eastern...

This website uses cookies to improve your experience while you navigate through the website. Out of these, the cookies that are categorized as necessary are stored on your browser as they are essential for the working of basic functionalities of the website. We also use third-party cookies that help us analyze and understand how you use this website. These cookies will be stored in your browser only with your consent. You also have the option to opt-out of these cookies. But opting out of some of these cookies may affect your browsing experience.
Necessary Always Enabled
Necessary cookies are absolutely essential for the website to function properly. These cookies ensure basic functionalities and security features of the website, anonymously.
Functional
Functional cookies help to perform certain functionalities like sharing the content of the website on social media platforms, collect feedbacks, and other third-party features.
Performance
Performance cookies are used to understand and analyze the key performance indexes of the website which helps in delivering a better user experience for the visitors.
Analytics
Analytical cookies are used to understand how visitors interact with the website. These cookies help provide information on metrics the number of visitors, bounce rate, traffic source, etc.
Advertisement
Advertisement cookies are used to provide visitors with relevant ads and marketing campaigns. These cookies track visitors across websites and collect information to provide customized ads.
Others
Other uncategorized cookies are those that are being analyzed and have not been classified into a category as yet.
SAVE & ACCEPT